CELTIC AND THE LIVING WAGE By JohnBhoy 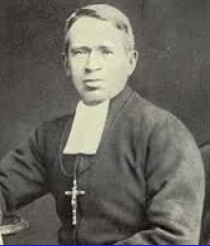 Brother Walfrid created Celtic football club in 1888 as a funding conduit to lessen poverty in the east end of Glasgow: “A football club will be formed for the maintenance of dinner tables for the children and the unemployed.” Poverty, in whatever shape or form, was abhorrent to Brother Walfrid’s innate sense of decency. It is this core value that runs through our very veins and has been the beating heart of the Celtic diaspora, passed down from one generation to the next. We are a family because we care for each other and for those less fortunate than ourselves. For that, we are indebted to Brother Walfrid. At Celtic’s AGM, in this our celebratory 125th anniversary year, Celtic turned its back on Brother Walfrid when it rejected Resolution 11.

The demand set out in Resolution 11 was one that could have been penned by Brother Walfrid himself: that Celtic – and I do not separate club from company because we are one and the same, legally and morally – pay their low-paid workers an hourly rate that lifts them above the poverty threshold. Brother Walfrid’s Poverty Resolution, for that is what it was, fell on deaf ears and was defeated. Stunned silence does not convey the shock of that decision. END_OF_DOCUMENT_TOKEN_TO_BE_REPLACED

Myths and Legends – the SPFL and the £250k Fine of “Rangers”

A couple of days ago the BBC reported, as did various other sources, that the SPFL was considering pursuing “Rangers” for the fine of £250,000 which was levied upon oldco Rangers by the Lord Nimmo Smith Independent Commission.

As the report read in part:-

The Scottish Professional Football League board is considering pursuing Rangers for £250,000.

The amount relates to a fine levied by an independent Scottish Premier League commission on Rangers Football Club PLC’s (RFC PLC) use of a tax scheme.

SPFL lawyers examined recovering the money under an agreement that led to the transfer of Rangers’ membership of the Scottish FA going ahead.

Any claim to the company’s liquidators would likely yield a smaller amount.

Liquidators BDO are in the process of examining claims of creditors of RFC PLC. END_OF_DOCUMENT_TOKEN_TO_BE_REPLACED

Someone Sold 3.328 Million Shares in “Rangers” Today – Is the Seller a Glass Half Empty Person?

With such a sizeable sale there will require to be an imminent announcement about the seller/buyer.

What will be interesting is the view on life of the seller.

Tagged as Shares can go down as well as up

Fresh from the stock market announcements section, we can see that, in advance of the AGM in December, Rangers have signed up a new CEO, and this time one with a football track record.

The Board of Rangers announces that it has appointed Graham Wallace as the Company’s new Chief Executive Officer with immediate effect.

Mr Wallace was employed by Manchester City Football Club, first as Chief Financial Officer (March 2009 – October 2010), and then as Chief Operating Officer (October 2010 – January 2013), during a period of unprecedented success in that club’s history. Whilst at Manchester City, Mr Wallace led the transformational changes in the business after the acquisition of the club by Abu Dhabi United Group, implementing world class business processes and corporate governance standards. Before joining Manchester City, Mr Wallace was Senior Vice President and Chief Financial Officer of IMG Media, the global sports and entertainment media company, from October 2006 to March 2009.

Mr Wallace began his career at Ernst and Young where he qualified in 1986 as a Chartered Accountant. He then spent 20 years working in senior accounting and financial roles at oil company Conoco (now ConocoPhillips), Cable & Wireless and latterly as CFO of MTV Networks Europe.   END_OF_DOCUMENT_TOKEN_TO_BE_REPLACED

The Inner House of the Court of Session has today upheld the decision of Lord Woolman in the case of the SPFL v Lisini Pub Management. The full decision can be read here.

In terms of this decision the Court has upheld the dismissal of the action brought by the SPFL to prevent the defender, which owns various pubs, showing SPL/SPFL football matches via a Polish decoder and for damages for breach by Lisini of an undertaking not to do so.

This case follows that where the English courts referred a similar dispute to the European Court of Justice and as Lord Woolman noted:-

“Put short, the ECJ found that clauses prohibiting the use of foreign decoders and smart cards were void. They constituted a restriction on competition and the [free competition] provisions of European law prevailed over the 1988 Act.”

Lord Woolman’s decision was challenged by the SPFL but this appeal has failed. END_OF_DOCUMENT_TOKEN_TO_BE_REPLACED