Craig Whyte owes his estranged wife Kim Whyte lots of money because of his failure to maintain aliment payments to her. In an effort to obtain payment, she obtained authority from the court to “attach” Mr Whyte’s Bentley. This is apparently his pride and joy.

The normal procedure then followed. The car was uplifted from Castle Grant, Mr Whyte’s home, and taken off to a pound to await sale at auction.

However, the vehicle can only be sold to meet debts of the owner. Mrs Whyte clearly thinks that Mr Whyte owns the Bentley, but this is now in dispute.

If Mr Whyte had stuck with a Fiat Panda, none of this would be happening…

Liberty Corporate Ltd applied to Inverness Sheriff Court for the attachment of the vehicle to be released, on the basis that the company owned the car, not Mr Whyte.

The Daily Record reported what took place yesterday when the case came before Sheriff Abercrombie.

“Kim Whyte’s solicitor told Inverness Sheriff Court her client had been on holiday and needed time to investigate the matter. Elise Thomson asked for the case to be continued for six weeks.

But Sheriff Ian Abercrombie refused and set a date four weeks away on September 5. He added: “I expect answers to be lodged by then so we can see what all this is about.”

The September date will be for the Sheriff to consider what each side has put in writing regarding the case. Even though the parties to the case are Mr and Mrs Whyte, Mr Whyte’s only role is as a witness.

It might be thought that Mrs Whyte knew who owned the family car, but as they have been separated for a while, that could very well have changed.

Why would Liberty Corporate Ltd own “Mr Whyte’s” Bentley?

Liberty Corporate Ltd is listed on Companies House as follows.

It is a dormant company, whose only director is Thomas Whyte, Craig Whyte’s father. The company has issued share capital of £1,000 and is solely owned by Liberty Capital Ltd, which is Craig Whyte’s British Virgin Islands company.

There have already been two potential windings up of Liberty Corporate, for failure to lodge accounts timeously.

They disclose that the only assets of the company, up to 31st May 2011 amounted to £1,000 contributed as capital in respect of the company’s shares.

None of that is to say that the company could not have acquired the Bentley in the intervening period. Presumably something has happened over the period since the last accounts to lead to Rangers FC Group Ltd granting such a security, and at the very least for the company to purchase a Bentley!

When determining whether a company is dormant you can disregard the following transactions: 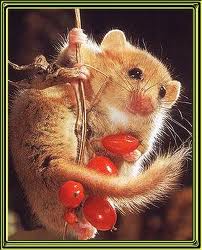 No! I wanted DORMANT, not dormouse!

One therefore assumes that Liberty Corporate Ltd has “woken up” since May 2011.

When the case calls again on 5th September there will need to be statements in writing by both parties stating their position, and answering what the other has said. This will allow the Sheriff to decide what further procedure needs to be followed. It is likely that a hearing of evidence would be needed, which could involve Mr and Mrs Whyte giving evidence, together with Thomas Whyte.

The only ways a hearing will be avoided are (1) if Mr Whyte pays his estranged wife what he owes her (2) there is an agreement reached short of payment or (3) Mrs Whyte accepts that Liberty Corporate Ltd owns the car.

The business activities of Liberty Corporate Ltd would be very relevant to the true position regarding the car. It should also be noted that the Registration document only lists the registered keeper. The keeper is not necessarily the owner.

It is possible therefore that, in October or November, Inverness Sheriff Court will be the venue for Mr Whyte’s next court appearance in the witness box – there are not many seats in the public gallery, so book early! 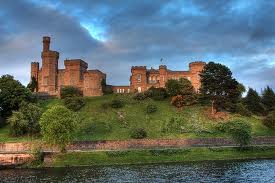 13 responses to “Craig Whyte’s Bentley, or is it Liberty Corporate’s Bentley?”