And so the white smoke comes from the Ibrox chimney.

Dave King is heading to Rangers to be Chairman of Rangers Intergalactic Football Club PLC.

He has issued a statement via the official Rangers website tonight confirming that this is the outcome of his discussions with Messrs Mather and Stockbridge in South Africa.

There is one gem hidden (well, not really hidden) in the statement.

“It was also made clear by Mr Mather and Mr Stockbridge that Rangers are not in need of an immediate financial injection but we agreed that now is the time to commence a new round of funding to ensure that it is available in an orderly and cost effective manner when required. I wish to lead that fund raising exercise and being on the Board will greatly assist me in that regard.”

As he then goes on to say, “NOW IS THE TIME TO COMMENCE A NEW ROUND OF FUNDING”.

Anyone who suggests that in some way it seems not to match the plans at the IPO stage ten months ago to be commencing a new funding round now is clearly malicious and unfairly doubting the word of the Rangers executives.

It is also an excellent decision to look to obtain new funding, presumably from shares being issued, rather than to look to overdraft or loan funding from a bank. Rangers is undoubtedly in such a strong financial position that any bank would clamour for their business, but why pay interest and arrangement fees on debt when, for a measly 25% in the costs of raising funds, one can have another share issue? 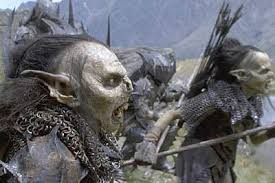 And in Mr King we have a man who is extravagantly skilled in generating money, although the South African Revenue Service is not as generous in its assessment of Mr King’s abilities in this area as they should be.

So Mr King comes back to take the Chairman’s role – he says he will invest – he denies being involved with anyone else – what now for the Rangers Rebels?

Tagged as Dave King, How Immediate Is Immediate, No Immediate Need for Financial Injection, The Return of the King