Guess Which Blogger Has Been Taken to Court by Rangers?

As I often say the Scottish courts website is a great source of information and often provides scoops for those happy enough to plough through its pages.

A quick look today revealed a new case on the “calling list”. This means that the action has been raised and served upon the defender, and because at least 21 days have passed the pursuers want to make progress.

Whilst it is not clear precisely what the action is for, I think it is noteworthy that Rangers have taken action.

Who is the lucky blogger to fall victim to Biggart Baillie, the lawyers for Rangers?

Is it one of the serried ranks of “Rangers haters” as we (I number myself amongst them, not because I am but because I am classed as one) are known?

Is it the star of TV and radio, Mr Chris Graham of Rangers Standard and “Enemies of Rangers” fame?

Is it Bill McMurdo?

So who has proved to be such a thorn in Rangers side that it considers it necessary to spend the time and the money to pursue him? 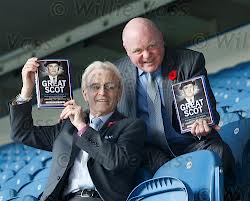 What is noteworthy is that the action is being raised by the “football company”. There is reference to “another” pursuer which may be the PLC, or it could be an individual.

Mr Leggat may of course choose not to defend the court action. He may feel that he should not have to trouble himself with the time and expense of defending a court action. On the other hand he is someone who frequently challenges people to “see him in court” if they do not like what he writes.

He might feel that he has been betrayed by being sued by his beloved football team – perhaps the first to take up his challenge?

He might feel that he is being gagged and decide to speak out in the spirit of free speech.

Whatever happens, I am sure he will seek good legal advice and speak out frankly about what the case is about.

I must say that, in principle, the sight of a major company pursuing an individual over what they have said or written (which one assumes is the basis of this case) is not a good one. It smacks of heavy-handed restriction on liberty and free debate.

That does not give writers carte blanche to say whatever they like, of course, but suing people who disagree with you seems, in the absence of clarification about the precise basis for the case, to be using a sledgehammer to crack a nut.

Maybe Mr Leggat will become as famous as the McDonald’s Two who stood up to the giant corporation in the McLibel case?

One thing is certain – it will be a while before Mr Leggat gets the chance to promote another of his books with a launch event in Ibrox!

We can but wait and see…

There will be more…

(Or else in court)

122 responses to “Guess Which Blogger Has Been Taken to Court by Rangers?”