Rangers Bid Farewell to Charles Green (Again)! But Has He Gone or Is It a Fatal Attraction?

Most readers of the blog will have seen a horror film where the evil monster/zombie (by the way that is not, nor should be taken as, any reference to a “Sevconian”) is killed off but, to then shock of the audience, reappears from the dead.

Many great, and some not so good, films have used that as a plot point. Traditionally, for example, vampires might be killed off but, until the stake is driven through the heart, you can always expect Count Dracula to rise again … and again … and again.

For some reason part of the announcement below from Rangers today brought those images to mind.

Wait a minute – didn’t Dracula land at Whitby … which is in Yorkshire … where Mr Green comes from!

The relevant section reads as follows and can be seen in full at this link:-

THE Board of Rangers Football Club has issued the following statement today.

Following a Board meeting this morning the Club’s directors decided to terminate the consultancy agreement with Charles Green. The decision was unanimous and takes effect immediately.

Charles Green of course has already left Rangers, when he stepped down as CEO during the investigation into his links (alleged) to Mr Whyte. As we were told, the investigation “cleared” him yet he did not take up his role again at Rangers.

He made his first resurrection a few weeks back when he came on board as a consultant. He managed to lose Rangers the match against Forfar by playing very badly in goal making comments to the media about how poor the standard of the players was. Or at least Mr McCoist blamed him – after all, it could not be the manager’s fault, could it?

Mr Green was seen sitting in the Directors’ Box at Ibrox with the Easdale brothers, and he has confirmed that he will sell his shares (he remains the biggest single shareholder) to them. That is old news however – it had been reported previously that he was going to do so.

Why do I think there is a possibility that Mr Green might not be gone for good from Ibrox? 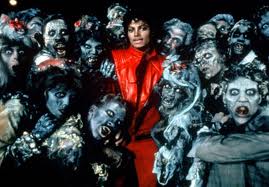 First of all, what self-respecting “villain” only comes back once! What is more shocking than to see the twice-killed baddy rise yet again?

Secondly, he remains the biggest single shareholder and is clearly on good terms with the Easdales. (He may wish to remain on good terms so that they pay him the price of over £2,150,000 which his shares are worth at the present market price! Along with his salary, expenses and bonuses, not a bad return for 18 months’ work!

If though he is closely connected to the Easdales, then surely, if they achieve the pre-eminent position at Ibrox now being forecast for them, they would not want to dispense with the services of such an excellent businessman as Mr Green? After all, he turned a business worth £5.5 million (being the price paid for it) into one worth over £60 million based upon the share flotation! How can such expertise be dispensed with?

And does Mr Green really want to leave Ibrox?

After all, on the official Rangers website in January 2013 he was quoted as follows:-

“It’s interesting Duff and Phelps contacted me,” Green said. “They’ve obviously been contacted by clubs and it would be improper to name them.

“But this isn’t about my position. It’s about the state of football and it’s not just Scottish clubs that are having problems.

“There are Championship clubs having issues too and I think there is a continuing downward force in the game. We’ve turned against that movement and gone forward at Rangers.

“I came here at first unashamedly looking to make some money and disappear but during the process that has changed.

“I was asked last night how long I’m staying and I’ve made a commitment to fans. I’m here until I retire.

“Of course, if fans want to turn up at a shareholders meeting and sack me and they’ve got power through their shares to do that then fine.

“But I want to now make sure this club continues its rise and I will keep fighting the corner for Rangers.”

Green added: “I’ve always managed to raise money for Rangers from the first day we talked about it in London last February or March.

“Now that we’re listed (on AIM), that gives more transparency when previously people were investing in a Charles Green dream that may or may not happen.

“What people are investing in now is reality and they’re seeing we’ve audited the club and put it on the stock market.

“Lots of people are now interested and we’ve seen lots of shares change hands in the few weeks we’ve been listed.

“What we now have are sophisticated investors who previously perhaps weren’t sure but now are.

“You have to remember that when we did the IPO, the only investors were the institutions who we met privately and Rangers fans.

“Nobody else was allowed to buy shares and some millionaires who are interested in football didn’t have the opportunity to invest.

“It’s those people who are now calling asking to speak to myself and Imran (Ahmad) and looking to become part of the investment team at Rangers.

“It is key we get the right type of investor in. That is always going to be under scrutiny because it’s about what they can bring, not just that they can sign a cheque.

“What we want to see, particularly from people wanting to invest larger sums, is they engage with the club and bring in complimentary skills and assets to help the club.”

Isn’t it sad to see his dreams apparently quashed? And it was not the fans who turned up at a shareholders’ meeting to get rid of him either (and a wee point about that will be mentioned in my next post).

And, after Mr Green’s pledge of lifelong love of Rangers, guess who had these kind things to say about him?

“It’s really encouraging. I think he actually said he was staying until he was 70 which was a heck of a statement.

“I think what Charles was doing there was pledging his future to the club because he believes there’s a lot of work to be done, like the rest of us, and we want to get that work done and get back.

“I think it’s important that the fans – who have been fantastic – are sent the right message that there is a lot of work to be done.”

“He was very up-front and honest and said he’d only be here for a short period of time. He said he wanted to get the club back on an even keel and back moving forward again and make a bit of money – that’s fair and square.

Did you guess who said that?

So, I would not put it past Mr Green still to be involved with Rangers in the future – after all, he said he wanted to be, and who could doubt his word?

Tagged as Ally McCoist, Back From the Dead

144 responses to “Rangers Bid Farewell to Charles Green (Again)! But Has He Gone or Is It a Fatal Attraction?”