Joint Administrator Trevor Birch, along with his BDO colleague Bryan Jackson, is the man charged with leading Hearts out of their current financial predicament. Although he gained a high profile recently having “saved” Portsmouth Football Club from their administration, an analysis of his actions at the English club may create cause for concern for Jambos. 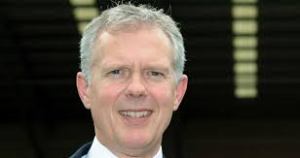 The message is very clear; the “club” had been saved!  But how exactly? The answer is described concisely in this “AccountancyAge” article:

“The administrators will now transfer the assets of the club, such as player contracts, to a new entity [Portsmouth Community Football Club Limited]. The original ‘club’ Portsmouth Football Club (2010) Ltd, remains in administration and will be liquidated shortly, with BDO partners to be appointed. ” 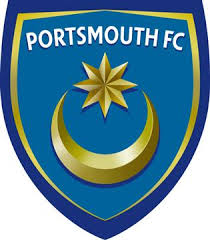 So we have an old company/club, awaiting liquidation, transferring its assets to a new company/club. Hmm, sounds familiar…

Of course to followers of Scottish football it is very familiar, an old company/new company  asset sale forming the integral part of the scenario by which Rangers – the “club” – either died, or survived, financial meltdown, depending on your understanding of that word “club”. Is the “club” the legal entity that owns the players/stadium/training ground/fluorescent bibs etc., or is it those assets that constitute the “club”? Or both perhaps, depending on the context?

Everyone will have opinions, but some opinions are more relevant than others in this case.

Clearly, the views expressed by Trevor Birch, in the Portsmouth context, over what constitutes the football club’s survival, could not be more different to those adopted with considerable gusto by many Hearts fans, ever since terms like administration and liquidation entered the common vocabulary last summer with Rangers’ downfall. They’ve backed their principles, digging deep, coughing up a lot of money in the aim of prolonging the life of that particular legal entity where many would state their “club” begins, and ends.

Could these polar opposite positions cause conflict between fans and administrator down the line? The ‘liquidated company = dead club’ mantra has been embraced with such enthusiasm for 12 months, it would make it difficult to imagine the Hearts fans admitting they were mistaken all along. Birch has clarified that saving the current Hearts company/’club’ is his immediate priority, but that is no guarantee that a new company – and liquidation of the old company – could become his chosen vehicle for progress at some point.

Under such an outcome, would Birch be seen by the passionate Jambos as having saved Hearts, or the man who killed Hearts? Would he and his “new company” plan be backed, or barracked from the Gorgie streets? Either way, interesting times await for the Tynecastle club.

48 responses to ““Anti-Rangers” Hearts Fans on Collision Course with Administrator? – by AD Bryce”