Compare and Contrast – Administration for Dunfermline ’13 and Rangers ’12 + A Quick Solution?

Dunfermline Athletic Football Club Limited has entered administration. Facing a winding-up petition from HMRC, and unable to pay the taxman what was demanded, the only way to keep the business afloat was to appoint an administrator and to hope that the breathing space this gives the company will be enough to allow the season to be finished, and then for the necessary asset sale or CVA to take place to preserve the existence of the football club. As I mention at the end of this piece, there is one theoretical possibility which could provide a quick exit from administration, with bounty for the creditors (and if it did happen, undoubtedly a busy summer of blogging on my favourite issues of law and football!)

The man picked to be administrator is Bryan Jackson. As well as being a top quality Chartered Accountant and Insolvency Practitioner, he now has the accolade of having run more Scottish football teams than anyone else in the country’s football history (and if not then I have no idea who could surpass him).

Bryan has 32 years of Corporate Recovery experience dealing with all types of businesses including the successful conclusion of the administration of four Scottish football clubs: Clyde, Clydebank, Dundee and Motherwell.

He was also appointed administrator of Portsmouth FC in 2012 and now is in charge at East End Park.

If one views his job as keeping the football team playing, then he failed. However if his job is, as indeed it is, to get the best return for creditors, then the sale of the assets of Clydebank FC to Airdrie United Football Club Ltd to allow the “new Airdrie” to take over the shell of the Bankies, amounted to a “successful conclusion”.

Already, having only been appointed this week, Mr Jackson has taken drastic action.

Eight players from the main squad have been made redundant, and three from the under-20 squad.

“Making players redundant is never easy but, unfortunately, it needs to be done immediately. The finances of the club and the limited cash flow mean that there is insufficient funds to keep the team going with the current player numbers.

“I have still to negotiate with a few players and we will have to review the financial position in the coming weeks. We need the fans and wider community to support this club to ensure that it makes it to the end of the season. We will be honouring season tickets and pre-paid hospitality but would encourage fans to show their support where they can.”

The immediate cutting of jobs is a common thread amongst all of the football teams where Mr Jackson has had the responsibility of effecting some form of rescue.

Indeed the assistant manager, Gerry McCabe, has joined the list of redundancies.

Mr Jackson has told the Pars Supporters Trust that there is no money available for him to pay day-to-day costs, including salaries. The supporters are therefore encouraged to do whatever they can to raise finds to allow the team, at the very least, to make it to the end of the season.

Gavin Masterton, and his company, is the main creditor as well as being the main shareholder. If it was only the debt owed to him that was at issue, then the company would not be in administration. However as well as HMRC it is likely that there are other creditors figuratively, if not literally, banging on the door for cash.

To save the company Mr Masterton will need to accept loss of his control of the football club and also, in all probability, loss of most, if not all, of the money owed to him.

This episode shows in stark relief how different the administration of Rangers was, and offers, in the contrasts, apparent evidence as to the differing priorities in each administration.

Dunfermline’s position is quite clear. There is no money in the bank account, nor any prospect of raising sufficient to keep the team playing.

All that Mr Jackson can look to do (as he has done successfully at Motherwell, Clyde and Dundee) is to slash the cost base and depend on the goodwill of the supporters to pay enough to provide wages to the remaining players and coaching staff. Getting to the end of the season is the priority and, at that stage, there will be a few weeks’ breathing space, even if every player is made redundant, to reach some sort of deal with creditors and to have Dunfermline back playing  in Scottish football, out of administration. In addition, come the end of the season, there will be prize money due to the club which might help.

There would also be the chance of time to reach a deal with Mr Masterton. After all, at Motherwell, John Boyle, the owner, effectively wrote off his existing shareholding and debt due to himself to save the team.

Of course readers will recall that when Duff and Phelps took over at Rangers last February, they behaved differently.

They did not make anyone redundant immediately. In fact I recall that, of the few hundred employees, only five left – two players, including the marvellously named Mr Cellik, and two senior people, including Director of Football, Gordon Smith. The final departee was Misha Sher, the recently appointed Head of Global Domination, or a similar title.

Indeed, not only did the administrators not wield the axe, but they actually tried to get the football authorities to agree to them signing Daniel Cousin!

When Rangers entered administration, there were changes to staffing proposed too – they wanted to ADD Daniel Cousin!

It is true that the administrators at Ibrox were successful in persuading many players to take substantial pay cuts to get the team to the end of the season (and I am sure some of those players, when electing to exercise their rights not to transfer to Sevco’s employment felt a bit aggrieved for being called “turncoats” and worse).

But there were two factors which explain how the Rangers administration was different from that of Dunfermline (and of Dundee, Clyde, Motherwell, Gretna etc etc).

Of course they had reached a decision which was that, if they could get the team to the end of the season, they could sell off the assets, or have a CVA, or if they had had to stay in place longer, could have sold off players in the summer and benefited from the prize money due to Rangers for its finish in the SPL.

More important however was the fact that, when Duff and Phelps took over, there was £3 million in the bank. This provided the funds, along with takings on the gate and other limited sources of income, when combined with the wage cuts, to fund the team until the end of the season.

Hindsight is, of course, always perfect.

But, bearing in mind how much was generated for the creditors by the sale process (£5.5 million) and how much was spent by Duff and Phelps in running the team until the sale, it would actually have been better for the creditors for Duff & Phelps to have immediately put the team into liquidation. Anything gained by the fire sale, added to the £3 million in the bank, would have significantly exceeded what they ultimately gained for those to whom their primary duties lay. 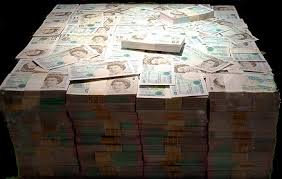 One justification for not dumping players was that this kept them on the books as assets. But TUPE scuppered this and, to be frank, if all the players had gone over to Sevco under TUPE, and then had been sold off by Mr Green, it would have rendered the sale transaction even more ridiculous than it already was. After all, as we know from his public utterances, Mr Green was banking on generating around £10 million or so from selling players.

So, in his view, his consortium was buying, for £5.5 million, fixed assets now valued at £70 million, rights to around £3 million cash prize money, players worth around £10 million, and goodwill worth uncounted millions!

As I say, Businessman of the Year!

If Dunfermline had cash in the bank, then Mr Jackson would not have had to wield the axe. But the team does not.

This represents the funds available to Mr Jackson at Dunfermline

He is honouring the season tickets, which, to be fair, is something Duff and Phelps were criticised for at Ibrox. I suspect Mr Jackson views getting in customers who have already paid, so they can buy pies, Bovril and programmes inside the ground, and drop some cash into collection buckets, is more valuable than telling them they have to pay again for admission (although I am sure many loyal fans would do so, if asked).

It is true too that Rangers had many thousands more season ticket holders than Dunfermline.

So, as the Easter Sunday sin rises over East End Park, we see that the “traditional” style of Scottish football administration is again in vogue.

Cut the costs – get the fans to dig deep – find out how little creditors will accept to go away – and if these do not work, sell off the assets to someone looking for a fast track into the relevant league.

Wait a minute – subject to the 10 point penalty and how the Pars finish the season, they should stay in SFL1.

If only there was a football team with twenty million pounds in the bank looking to make its way quickly back up the leagues, for the sake of its fans and investors.

If there is no football reconstruction this season, such a team in SFL3 could acquire the membership of the SFL1 team, and take them over, stepping into their place in the league.

I wonder how much Mr Green would pay for the necessary assets of Dunfermline?

If Mr Jackson could get £5 or £10 million, then I think every Pars creditor would be delighted.

I was once in a restaurant sitting near Mr Jackson, and his mobile went off, with the theme from the Godfather as his ring tone.

60 responses to “Compare and Contrast – Administration for Dunfermline ’13 and Rangers ’12 + A Quick Solution?”