Rangers’ Sandaza Suspended After Falling For Fake Phone Call – Lessons to be Learned?

I have repeatedly commented that an aspiring lawyer who based their legal education on nothing except for matters of law related to Rangers Football Club would end up with a breadth of knowledge more than sufficient to practise in any area.

And today we can add to the list issues of employment law combined with the Data Protection Act and the Regulation of Investigatory Powers Act.

FRANCISCO Sandaza has been suspended by the club pending an investigation into comments made by the player in a recorded telephone conversation.

The club, Francisco and his agent have had discussions and manager Ally McCoist also spoke with the player, who did not take part in today’s training session.

Francisco will not return to the club while the investigation is underway.

Rangers regard this is an extremely serious issue but there will be no further comment until the inquiry, which could take a week, has been completed.

The background was summarised by the Scotsman on Thursday as follows:-

Rangers have been left red-faced today after Spanish striker Francisco Sandaza was tricked by a Celtic fan into admitting that he had only moved to Ibrox for the money, during an internet recording.

In a 23-minute recorded phonecall which has appeared online, a Glasgow taxi driver posed as a Los Angeles-based agent and lured the Gers player into revealing details of his £4,500 a week wages, and that he is already looking at a move elsewhere.

The Spanish player thought he was being approached by “Jack McGonigle” about a big move to the US’ Major League, and revealed that his wages would rise to £10,000 in the final fourth year, during which Rangers expect to play in Scottish football’s top tier.

In the recording, Sandaza tells “McGonigle” that he would be keen to leave Rangers, but doesn’t want him to reveal his intentions to the club in case of trouble.

The prankster also tried to coax Sandaza into insulting Rangers boss Ally McCoist but the player refused, saying: “I have to be careful because some people have called me and record it and then put it in the papers. And I haven’t met you face to face.”

“Tommy the Taxi Driver” has a history of persuading people to say things over the phone which are, at best, indiscreet. Often they have proved to be very funny, even in situations where the person seems to be on his guard.

So why has Mr Sandaza been suspended?

In a business like football, it is almost certain that his contract of employment will include a clause about bringing his employer into disrepute, or acting in a way damaging to his employer.

Being caught in a sting like this is embarrassing, to say the least. Is it worthy of disciplinary action?

To be fair to Rangers, it is to discover that that they are investigating.

Their statement however suggests that, in some way, there might be an element of pre-judgement going on.

Stating that “Rangers regard this is an extremely serious issue” might be seen as an obvious line, but it could give Mr Sandaza an argument that his position and “offence” have been pre-judged.

Of course, in employment law, there is a common feeling that investigative and disciplinary processes are not always 100% genuine.

The Red Queen said in Alice in Wonderland, “Sentence first – verdict afterwards”. Often, as an observer, one gets the impression that employers adopt that statement in dealing with disciplinary issues! (I, of course, am not accusing Rangers of such actions.)

Stating though that the matter is “extremely serious” when it seems rather different to most people suggests, even subconsciously, how the employer intends to deal with this.

It would be unlikely for him though to be dismissed for having been duped like this. For one thing, footballers are rarely sacked as dismissing them means that no transfer fee can be recovered. It is much more common for the miscreant player to be kept on board, perhaps consigned to reserve football, until an acceptable offer comes in.

One gets the impression that it is the embarrassment factor which most riles Rangers here.

There is nothing wrong with a player discussing his wages. Nor is there anything wrong with him saying that he is there for the cash. I suspect there are few players in professional football doing it for the love of the game or of his employer. After all, teams have always been quick to get rid of players when it suits them to do so, especially if will save them money.

Could the discussion of these matters with “Tommy” be a disciplinary offence? Certainly it could be, depending on the exact contract terms. It might seem unfair that he could be punished for making a mistake, but that would not operate as an excuse.

The most likely outcome would be for him to be fined a couple of weeks’ wages, for him to make a public apology and for him to be sold off in the close season.

I suspect that, even if he was cleared by the investigation, his boats have been burned.

Following on from Kevin Kyle’s departure “by mutual consent” Mr Sandaza’s possible demise suggests that efforts are being made, even if “under the radar” to cut wages. As Rangers has the second or third highest wage bill in Scottish football whilst in the bottom tier, it surely must be essential for this to be controlled in some way. Replacing the more highly paid players with some of their promising youngsters makes economic and footballing sense.

Mr Sandaza is unlikely to get to achieve his promised £10,000 per week at Ibrox now!

As for the DPA and RIPA … what is the position regarding “Tommy’s” recording and broadcast of the phone call?

Firstly, is it legal to “hoax” someone? Yes is the short answer. However, if it done with criminal intent, to obtain a PIN number for example, then it would be a crime. Hoax or prank calls might be a nuisance, but they are not an offence.

Secondly, it is not correct to say that calls cannot be recorded without permission of both parties. There is nothing wrong with one participant in a call recording it without the other’s knowledge. The problem arises rather when use is made of the call.

However I do not imagine Mr Sandaza, or even Rangers, getting on to the local police station to make a complaint. It is not a criminal offence to make Rangers look a bit silly – if it was there is a long list of people from recent years, many of whom are from inside Ibrox, who would have been in the dock!

“Tommy’s” calls fall into the Candid Camera or Beadle’s About style of jest and as such I am sure any complaint would get short shrift. 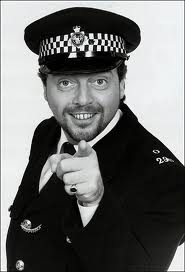 Could Mr Sandaza argue that there has been a breach of confidence? Probably not, unless in making the call he made clear that it was confidential. Maybe he thought that, as he was speaking to an agent (or so he thought) his chat was not to be repeated. But, as regards a one-off call like this, it would be hard to argue that there was a relationship of confidence.

If Mr Sandaza had found out that he had been duped before the recording popped up on YouTube and wherever else “Tommy” publishes them, it is possible that a court might have granted an interdict preventing its distribution pending a full hearing.

It is unclear whether that interdict would have withstood a challenge however.

Now, if “Tommy” was in fact another agent looking for information to enable him to get a commercial advantage, then he would face difficulties under the Acts.

Misuse of “personal data” can be an offence under the Data Protection Act, but an informal discussion like this would not engage the Act.

So the lessons of l’affaire Sandaza?

If you are a footballer, make very sure that the person to whom you think you are speaking is who they say they are.

Don’t talk about your salary to an agent without having met them face-to-face first.

And above all – Don’t embarrass your team!

159 responses to “Rangers’ Sandaza Suspended After Falling For Fake Phone Call – Lessons to be Learned?”