I Have Been Nominated For An Award!

I must thank the charming and level headed star of TV and blogging, Chris Graham, for letting me know that I have been listed as a nominee for an award!

It is not the BAFTAs (or even the BASTAs – despite what some of my fans over on Bill McMurdo’s blog might think).

In fact it is the Maley’s Bhoys Twitter Awards!

The voting page is here.

This seems to be proof, apparently, that I am a Rangers hater and a Celtic fan on the basis that I have been nominated for an award on a website I have never looked at till last night and about which I did not know until Mr Graham’s tweet.

RTC managed to win the Orwell Prize but, to prevent me winning it this year the Orwell Prize Committee decided not to have a “Best Blogger” prize this year. (That is a joke. I am NOT suggesting that I would have been within a million miles of an Orwell Prize. I will just have to wait till my book is short-listed. 🙂 )

I will now scour the internet to see if I can get myself nominated for any other awards. When do Follow Follow and Rangers Media give out their prizes?

By the way, I do not mention this simply to have people vote for me. I see that, as matters stand, RTC, Phil Mac Giolla Bhain and Brogan, Rogan, Trevino and Hogan are ahead of me, all of whom richly deserve the accolade. 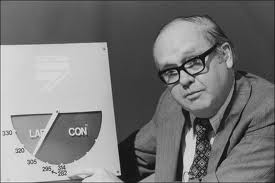 All we need is Bob McKenzie and his swingometer to monitor the last few days of voting!

It all brings to mind a song …

179 responses to “I Have Been Nominated For An Award!”