In a grotesque throwback to the era of witchcraft trials a Rangers Blog has conducted what amounts to a Star Chamber Inquiry over the guilt or innocence of a Scottish Businessman.

And the crime the Scot stood accused of? ‘That he hounded David Murray into selling Rangers to Craig Whyte’.

But the actual charge cloaks the rampant bigotry involved centering purely on the highly respected businessman being a Celtic supporter with a Catholic-sounding name.

This retired banker has an MBA from the University of Strathclyde, is a Fellow of the Chartered Institute of Bankers in Scotland and a member of the Association of Corporate Treasurers with extensive Board experience in the public, charitable and voluntary sectors.

After a lifetime involved in the banking sector he ended up Executive Director for Lloyds TSB Scotland – responsible for all corporate and commercial banking activities including business banking, asset finance and treasury.

I know it sounds like a farce and the panto season is nigh upon us but don’t laugh because a deadly serious war of intimidation is being played-out in Scotland whilst our national police force and Scottish Government choose to look the other way with politicians worrying about losing votes if they speak-out or take action.

What they fail to realise is that decent ordinary Bears, who just want to see their team play football and get on with their lives, are looking for leadership as well to help them reclaim their club and claw it back from the precipice of hate that it, and Scottish Football, now teeters on.

‘The Banker’ didn’t know he was signing his own arrest warrant back in 2000 when he joined the board of Celtic Trust (www.celtictrust.net).

He wrote, at the time, that he was born in London Road in the shadow of Parkhead and had two  ‘Celtic mad’ kids and expressed  hope his 30 years in banking would assist the trust to combine and increase Celtic fan shareholding to give supporters a say in running the club. He added that he was responsible for all his bank’s activity with Scottish businesses.

Little did this man, from a humble background who made a success of life and assisted voluntary causes, realise that those words would come back to haunt him and lead to him being smeared over various Rangers Blogs and reviled in hundreds of postings by Rangers fans as a crazed uber-Celtic supporter at the heart of a financial plot to destroy Rangers.

I have no intention in refuting the nonsense allegations lodged against ‘The Banker’ as they do not stand-up to one second of scrutiny but in common with the many other ‘targets’ on the receiving end of hatred and intimidation from Rangers fans I can only sympathise at the pressure, stress and fear that this whole dreadful experience has wrought on ‘The Banker’ and his family.

The Copland Road Organisation (CRO) was one of the Rangers Blogs that attacked ‘The Banker’ on a number of occasions and even carried photographs of him reminiscent of the disgraceful identity demands of Ally McCoist and subsequent intimidation this generated towards a top Scottish QC as revealed by Channel 4.

With the CRO continuing its totally unfounded allegations and announcing it was ‘throwing down the gauntlet’ the ‘The Banker’ was left with no alternative but to turn to a prominent Rangers-supporting friend who suggested that he should hand himself over for investigation by the CRO in a bid to establish his guilt or innocence. To quell his fear and trepidation the friend agreed to accompany ‘The Banker’ to plead for his life back.

What is extremely telling about this decision is that someone who could be regarded as a scion of the Scottish Business Community saw no effective legal redress either through civil action or reporting the matter to the police.

CRO blogger Bill McMurdo Jnr stated: ‘Fingers were pointed at (The Banker) by Rangers bloggers and forums. As a man who prides himself on his professionalism, he found the insinuations and accusations hurtful.

‘At CRO we joined in and highlighted (The Banker) as a person of interest to the Rangers support. I pointed out to (The Banker) that his profile as a prominent Celtic supporter gave legitimacy to suspicions among Rangers fans at a very sensitive time.

‘We believe at CRO that when we get it wrong we should own up. Well, we didn’t get it wrong; we got it right. Right in the sense that (The Banker) should be under the spotlight and should give an account of himself. He has done just that to our satisfaction’.

After the investigation, at which the Banker was accompanied by his Rangers supporting friend, the young McMurdo in passing judgement declared him innocent of the charge and concluded: ‘All our investigations point to this pressure on Rangers not being something undertaken by Lloyds TSB due to the footballing allegiances of any member of staff but due to cold business facts’.

‘During the meeting I was shown incontrovertible evidence from Lloyds TSB that (The Banker) had no direct involvement with the Rangers FC account in any way. He actually worked for a separate bank in the group.

‘In a nutshell, (The Banker) was NOT responsible for exerting any pressure on Rangers during the last days of the Murray regime because he had no dealings with the club.

‘The Banker is indeed a Celtic fan but has not actively followed the club for a while. Although he was a founding member of the Celtic Trust, he resigned from it some years back’.

Well that is extremely generous of you Mr McMurdo just a pity that you couldn’t actually accept that you got this totally wrong on the basis of not having one scrap of evidence and repeatedly attacked the good name of a totally innocent person and I see no remorse for the actions that yourself and some other Rangers supporters have subjected ‘The Banker’ and his family to.

For goodness sake man don’t you see that your actions are on a par with the worst of dictatorships which pluck citizens of the street on a whim or because they have received a false anonymous whisper about them?

If you look back at the original source of all this then the false conclusions made then, blinded by obsession, should have alerted you to carefully check not only the source but also what had changed career-wise in the intervening decade.

However, I will say that I can but admire the limited stance you have taken as you know full well that some of your support find it much easier to accept a Catholic Conspiracy, or even the Bankers, destroyed Rangers rather than the enemy within the gates of Ibrox in the shape of David Murray and his reckless overspending.

So there is some hope for you in the future and that can only be for the long-term good of Rangers and Scottish Football and hopefully to strengthen the resolve of decent Bears who love their football and just want to follow their club. That is what the majority of decent football supporters from every club want to do.

But those who blog and comment on the internet have added and serious responsibilities to check facts and not make totally groundless accusations that can blight the life of innocent people who haven’t a single blemish against their character or professionalism.

‘The Banker’ is left with all the hurtful and totally false accusations left forever floating in cyberland, waiting to horribly invade his personal life yet again, just a Google click away. 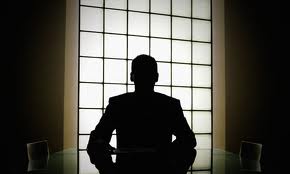 I have removed the name of the falsely accused and replaced it with ‘The Banker’ as I have no wish to add to the stress already suffered. I just wonder what would happen to any Celtic-minded individual who doesn’t have a decent Rangers-supporting pal for support when facing this new Star Chamber?