Now The Daily Mail Gets Its Arithmetic Wrong

I have written before about the apparent challenges the Daily Mail has with geography and with the law of Scotland.

Now we can add arithmetic to its list of “fails”.

Today’s story about the awful X-Factor shrieks the headline “Is this the most brutal X Factor bootcamp ever? Nearly half of contestants axed by judges before even singing”. (All emphases added)

Leaving aside for now the use of the word “brutal”, which is hyperbole beyond any ever in the world (you see what I did there?) the article goes further in the second paragraph, before disproving the headline and that statement in the very next paragraph!

“But now, as the ITV talent show enters the latest stage of the competition, it seems this year’s bootcamp could be the most brutal ever – with half of the contestants axed before even singing for the judges again.”

Got it, it’s actually half of the acts, not just nearly half, sent home – goodness me, that is brutal!

“The night before the 186 acts were due to take to the stage to perform for judges Gary Barlow, Tulisa Contostavlos, Kelly Rowland and Louis Walsh, the panel once again looked over tapes of the contestants’ first auditions and made the decision to send nearly 40 of the hopeful acts home.” 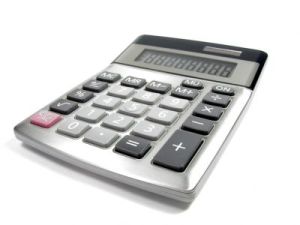 We don't really need a calculator for this one, do we?

Now I know this should not annoy me, but as the Mail claims to be the second most visited news site in the world, can they at least have the decency to have their stories be accurate?

One can imagine the Daily Mail attacking the BBC for a similar meaningless mistake. Of course here it is an over-egged story to get page views – one wonders if Sarah Bull, the writer of the article felt that saying that a quarter of the acts had been eliminated was not brutal?

At least some of the commenters on the story have made the same point, but no-one at the Mail has seen fit to correct the article at all.

5 responses to “Now The Daily Mail Gets Its Arithmetic Wrong”